Yesterday I received the following press release from the Catholic League via email that merits much wider attention:

HEALTH CARE BILL:
FREEDOM OF CHOICE ACT BY OTHER MEANS?

On July 17, 2007, President Obama told his pro-abortion fans at Planned Parenthood that “the first thing I’d do as president is sign the Freedom of Choice Act (FOCA).” Two years later, FOCA has yet to be reintroduced. But there are no signs that Planned Parenthood is disappointed, and that’s because Obama is delivering FOCA by stealth.

The principal reason why FOCA was not reintroduced was due to opposition from the United States Conference of Catholic Bishops (USCCB). Under the tutelage of Francis Cardinal George, head of the USCCB, and Justin Cardinal Rigali, head of the pro-life committee of the USCCB, the bishops made it clear that they would fight tooth and nail any attempt to get FOCA signed into law. Obama got the word, as did the bill’s sponsors, Rep. Jerry Nadler and Sen. Barbara Boxer. But that didn’t derail the pro-abortion forces from trying some back door maneuvering.

The USCCB believes, as does the Obama administration, that health care is a human right. The health care bills that have been served up by supporters of Obama, however, have provisions that mirror the most draconian elements found in FOCA. To be specific, in the past week, an amendment by Sen. Mike Enzi explicitly denying abortion coverage was defeated. When Sen. Orrin Hatch asked Sen. Barbara Mikulski if she would clarify her amendment so that abortion services would not be mandated, she said no; the amendment passed.

In other words, stealth politics is at work. No, FOCA is not on the table, but central provisions of it have made their way into the health care reform bills. What is most disturbing about all of this is that the public is being hoodwinked: most have no idea of the games that are being played. All the more reason why a national discussion on this issue needs to begin immediately.

First of all, thank you to our bishops for their moral strength and fortitude in courageously defending the right to life of the unborn.

I would like to add to this, that another principal reason why the Freedom of Choice Act (FOCA) has not been reintroduced in the U.S. Congress is due to overwhelming opposition from the American people! As of this writing, more than 700,000 people have signed the Fight FOCA Petition (at www.fightfoca.com), a project of Americans United for Life (AUL). Why? Because Americans do not want all restrictions on abortion nationwide removed. They do not want abortions to be carried out by non-physicians (which would be extremely dangerous for women!) They do not want religious hospitals and health care facilities to be forced to kill unborn babies against their belief (doesn't sound like any freedom of choice there). And they do not want Big Government using their hard-earned taxpayer dollars to pay for other people's abortions, with the economy going down the tubes to boot.

As a result of this opposition to their bill, FOCA advocates have reverted to a more subtle strategy which AUL dubs "FOCA-by-Stealth." This involves slipping key provisions of FOCA into Congressional bills that deal with health care reform, such as the one mentioned above. If this bill passes Congress and gets signed into law by the president, every family in the United States would have access to free abortions paid for under the law by American taxpayers through Washington, D.C. I don't think Bill Donohue was exaggerating when he referred to this measure as draconian.

If this bill makes you unhappy, then this post has served its purpose. The more Americans become aware of FOCA-by-Stealth, the easier it will be to defeat. I will continue to expose FOCA-by-Stealth in future posts as the occasion arises.
Posted by Justin Soutar at 1:53 PM No comments: 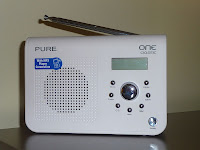 I have some exciting news to share with all of you! On July 8 I received an invitation from the local radio station WCIT 940 AM in Lima, Ohio, to give an interview about my book America's Back-Door Enemy. My marketing agent informed me of the invitation through email and I accepted it yesterday.

The interview will be on Talk with Ron Williams this coming Wednesday, July 15, at 3:05 PM Eastern time. It will be conducted over the phone, so I won't even have to leave the house. Wonderful!

I look forward to talking about my book with Ron, and I gladly appreciate your prayers that all goes well!
Posted by Justin Soutar at 9:17 PM No comments:

On June 23, my first book America's Back-Door Enemy: Unmasking the Unknown Terrorists was officially released by Tate Publishing & Enterprises. This was a proud day for me as a young author, and roughly coincided with my four-year anniversary of beginning to write the book. (I started the first draft manuscript in early June 2005, although I cannot remember the exact date.)

From my viewpoint as author, the release date represents the culmination of a long and involved process that includes researching, writing, rewriting, submitting, finding a publisher, editing, and getting a book published. But for the staff at the publisher, things are only just beginning. They accepted the manuscript, helped me prepare it for publication, printed the book, prepared it for distribution, and developed a marketing strategy to get bookstores interested in the book. Now, finally, Tate Publishing can begin marketing and distributing the book to thousands of bookstores across the United States, giving it a chance to succeed.

There's a lot more to it than that, but it all boils down to this: As of June 23, America's Back-Door Enemy is now widely accessible through both traditional and online bookstores.

1. The book is available from Borders, Barnes & Noble or your local bookstore if that store is plugged into the Ingram/Spring Arbor distribution system (more than 25,000 bookstores in the U.S. are part of this system). If this store does not happen to have the book in stock, you may order it through them and expect delivery within a few weeks.

2. The book is available on Amazon.com, Barnesandnoble.com, Target.com and other websites.

As always, I welcome your comments and questions regarding the book and my blog.
Posted by Justin Soutar at 7:01 PM No comments: