Posted by Justin Soutar at 10:12 AM No comments:

"Mary is the Queen of heaven and earth and our Queen because she is the Mother of our Lord and because she cooperated in Christ's redemptive work of salvation. Since she was uniquely associated with Christ's suffering on the Cross, she was uniquely associated with His triumph and royal reign in the kingdom. Assumed into heaven, Mary entered the royal court of heaven and sits at the right hand of her Son, Christ the King. As our Queen, Mary directs us, protects us and intercedes for us."

Posted by Justin Soutar at 10:57 AM No comments:

"The quest for peace also represents a challenge for each of us, and in a particular way for those of you dedicated to the pursuit of the common good of the human family through the patient work of diplomacy. It is the perennial challenge of breaking down the walls of distrust and hatred by promoting a culture of reconciliation and solidarity. For diplomacy, as the art of the possible, is based on the firm and persevering conviction that peace can be won through quiet listening and dialogue, rather than by mutual recriminations, fruitless criticisms and displays of force.

"Peace is not simply the absence of war, but "the work of justice" (cf. Is 32:17). And justice, as a virtue, calls for the discipline of forbearance; it demands that we not forget past injustices but overcome them through forgiveness, tolerance and cooperation. It demands the willingness to discern and attain mutually beneficial goals, building foundations of mutual respect, understanding and reconciliation. May all of us dedicate these days to peace, to praying for it and deepening our resolve to achieve it."

Posted by Justin Soutar at 10:45 AM No comments:

On the Assumption of the Blessed Virgin Mary 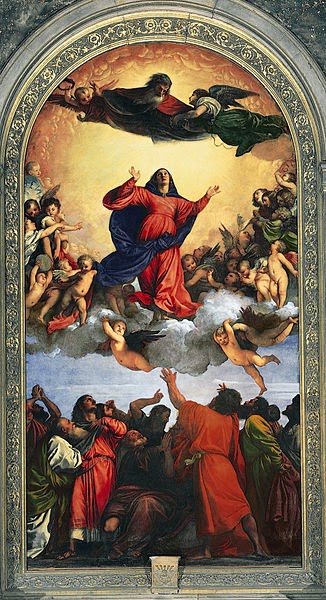 "Tota pulchra es, Maria! 'You are all beautiful, O Mary!' And there is in you no stain of original sin. Nor, by the special assistance and grace of God, did you ever commit the least actual sin...

"'Thou shalt not suffer thy holy one to see corruption' (Acts 13:35), says the Bible regarding our Lord Jesus Christ. These beautiful words also express God's will regarding His holy Mother...

Posted by Justin Soutar at 9:57 AM No comments:

On Thursday, August 7, longtime Tennessee Senator and establishment Republican-in-Name-Only Lamar Alexander cruised to victory over Tea Party challenger Joe Carr in the state's primary election. This is undeniably a setback for the Tea Party movement at the national level, although not such an utter failure for our side as the mainstream media would like us to believe. As Paul Harvey used to say, "You know what the news is. In a minute, you're going to hear the rrrrest of the story!"

So here's "the rest of the story." Yes, Lamar did win his party's nomination for another Senate term, but he did so with only 49 percent of the popular vote--the lowest winning percentage for any Republican Senatorial candidate in Tennessee history. Furthermore, his challenger, Joe Carr, received a very respectable 40 percent of the vote--the largest percentage for any Republican challenger to an incumbent Senator of his own party in the history of Tennessee. If Tennessee's primary election laws were the same as those in Mississippi, requiring a candidate to receive at least 50 percent of the popular vote to secure the nomination, Lamar would currently be in the same position as Tea Party rising star Chris McDaniel was after June 3, and he and Carr would now be headed to a runoff election. Additionally, if you look at the polls for Lamar and Carr taken over the past year and a half leading up to this primary election, you'll find that Lamar's popularity has been steadily declining over time while Carr's popularity has been just as steadily growing. In fact, just a year and a half ago, Carr was barely even considered a serious candidate for the Senate primary. If current trends continue, and Carr runs again in 2020, he'll probably win easily. And then there was the wild card factor of four lesser-known candidates who also ran in this election, taking 11 percent of the votes away from the two leading candidates, which particularly hurt Carr. Hypothetically speaking, if all those who voted for one of these lesser-known candidates had voted for Carr instead, he would have won the election with 51 percent of the vote.

All of this goes to show that the Tea Party movement (symbolized by Carr) continues to grow steadily in strength and numbers, while the popularity of the corrupt Washington establishment (symbolized by Lamar) just as steadily continues to wane. It's important to keep the reality of these trends in mind as we move closer to the upcoming general elections this November, especially when we face a setback or two in the primaries. We're not going to win every single contest with our establishment opponents, certainly not even in the general elections, and we're not going to take down the establishment overnight. But the momentum is on our side, and the establishment is slowly but surely losing control of national politics and public opinion. The future of our country belongs to the Tea Party movement and to all Americans who share its ideals of Christian faith and morals, traditional family values, human rights and liberty, and Constitutionally limited government in accord with the intentions of the Founders.
Posted by Justin Soutar at 11:35 AM No comments:

"The news coming from Iraq leaves us in disbelief and dismay: thousands of people, including many Christians, brutally driven from their homes; children dead from thirst and hunger during the escape; women who are abducted; people slaughtered; violence of every kind; destruction everywhere, destruction of homes, destruction of religious, historical and cultural patrimonies. All this greatly offends God and greatly offends humanity. You cannot bring hatred in the name of God. You cannot make war in the name of God!....

"I thank those that, with courage, are bringing relief to these brothers and sisters, and I hope that an effective political solution on an international and local level can stop these crimes and restore the law...

"Let us pray to the God of peace, through the intercession of the Virgin Mary: Give peace, Lord, to our days and make us builders of justice and peace. Mary, Queen of Peace, pray for us."

Posted by Justin Soutar at 11:03 AM No comments: 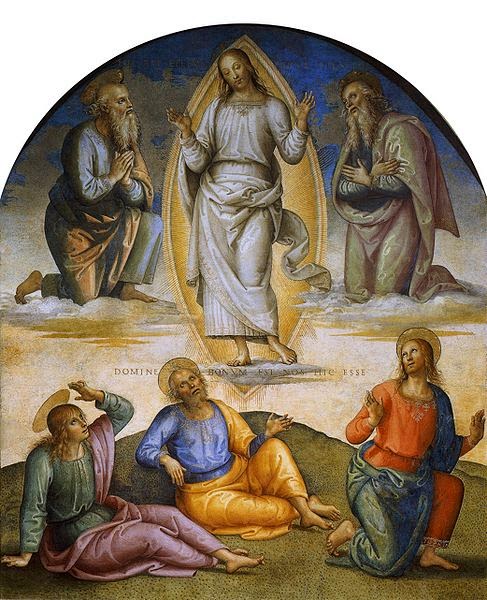 "The solemn proclamation of Sonship, however, is now followed by the command "Listen to him." At this point, we are reminded of the link with Moses' ascent of Mount Sinai, which we saw at the beginning to be the background of the Transfiguration story. On the mountain, Moses received the Torah, God's teaching word. Now we are told in reference to Jesus: 'Listen to him.' H. Gese has provided a perceptive commentary on this scene: 'Jesus himself has become the divine Word of revelation. The Gospels could not illustrate it any more clearly or powerfully: Jesus himself is the Torah' (Zur biblischen Theologie, p. 81). This one command brings the theophany to its conclusion and sums up its deepest meaning. The disciples must accompany Jesus back down the mountain and learn ever anew to 'listen to him.'"

--Benedict XVI, Jesus of Nazareth: Part One: From the Baptism in the Jordan to the Transfiguration (New York: Doubleday, 2007), p. 316

Posted by Justin Soutar at 11:11 AM No comments:

I have decided to endorse Republican challenger Ed Gillespie for the U.S. Senate seat in Virginia currently held by Democratic Senator Mark Warner. A communications consultant and former White House aide, Gillespie is pro-life, will defend our Second Amendment rights, and will work to repeal ObamaCare, lower taxes, and reduce the size of the federal government, all of which will help our struggling economy to make a real recovery.

Over his past six years in office, Senator Warner has consistently failed to protect the rights of millions of innocent unborn children; has sided in favor of President Obama's sweeping gun control legislation (which thankfully never made it to his desk due to a storm of protest from liberty-minded Americans); voted for ObamaCare, an unjust and unconstitutional law, despite massive public opposition; and has consistently supported raising taxes and increasing the size of the federal government, both of which are negatively impacting our economy. For all these reasons, Senator Warner must be replaced.

I respectfully urge all my fellow Virginians to vote Ed Gillespie for Senate on Tuesday, November 4, 2014.
Posted by Justin Soutar at 5:00 PM No comments:

"This son, so cruelly executed, was our loving Redeemer Jesus; and this mother was the Blessed Virgin Mary; who, for the love she bore us, was willing to see him sacrificed to divine justice by the barbarity of men. This great torment, then, which Mary endured for us--a torment that was more than a thousand deaths--deserves both our compassion and our gratitude."