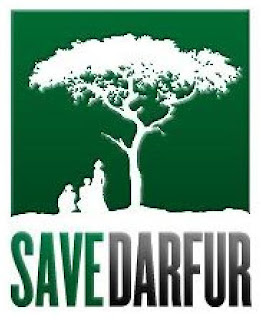 This is a hopeful yet critical year for Sudan. The country's first presidential elections since 1986 will be held this coming April. Unfortunately, the conditions for a free and fair election do not exist in Sudan right now. Sudanese president Omar al-Bashir is forbidding political opponents from organizing public rallies; arresting and imprisoning hundreds of dissidents; and arresting and beating journalists who report these incidents. Bashir is taking every possible measure to ensure his re-election against the wishes of the people of Sudan. Why? Because Bashir is a corrupt and murderous leader--and if a free and fair election were held in his country, Bashir would be voted out of office. During the past seven years, Arab Janjaweed militias--armed and funded by Bashir's regime--have carried out a systematic extermination program of the non-Arab inhabitants in Sudan's large western region of Darfur, killing upwards of 500,000 innocent people. This far exceeds the estimated 150,000 people killed by Saddam Hussein between 1983 and 1991. And while the International Criminal Court has filed charges of war crimes against Omar al-Bashir and issued an arrest warrant for his capture, the United States has taken little tangible action to help stop the genocide.

The Save Darfur Coalition, of which I am a part, is a not-for-profit political advocacy group that has been working to change that. The Coalition "is an alliance of over 190 faith-based, advocacy and human rights organizations whose mission is to raise public awareness about the ongoing genocide in Darfur and to mobilize a unified response to the atrocities that threaten the lives of more than two million people in the Darfur region." Over the past few years, we have achieved several notable successes such as getting Fidelity (a major U.S.-based investment company) to divest from corporations that fund the mass murder, getting President Bush to uphold our commitment of troops for the UN-AU pracekeeping force in Darfur, getting the ICC to hold Bashir accoutable for his crimes, and getting all three 2008 U.S. presidential candidates to sign a statement pledging "unstinting resolve" to end the genocide in Darfur.

Our most notable success to date has been getting the U.S. government to formulate a comprehensive policy for Sudan that calls for a combination of pressures and incentives on the Bashir regime to stop the Darfuri genocide. The Obama administration released its Sudan Policy Review entitled "Sudan: A Critical Moment, A Comprehensive Approach" on October 19, 2009. But although this document contains many of the policy objectives we have been working for, the U.S. government has yet to back up its strong words with concrete actions. Our challenge now is to hold the U.S. to its officially proclaimed commitment to stop the genocide and save the people of Darfur.

The Save Darfur Coalition has urged me to forward the message below to as many people as possible. Please read and consider joining the Coalition--it's free--so that we can work to halt this unconscionable tragedy, the first genocide of the 21st century--the ethnic cleansing in Darfur.

One year ago today Barack Obama was sworn in as the 44th President of the United States. As he took office, he promised high-level leadership to bring peace to Darfur and all of Sudan.
Unfortunately, President Obama's strong words in the campaign have yet to be accompanied by the kind of decisive leadership we expected from the new President.
Millions of people in Darfur still live in camps with the ever-present threat of violence. All of the people of Sudan continue to live without even the most basic human rights. Now, indicted war criminal Omar al-Bashir is preparing to steal the country's first election in 24 years.
We must not let this happen.
Tell President Obama we need his personal leadership to make sure the United States and the world do not to legitimize Omar al-Bashir's corrupt, genocidal regime.
Secretary of State Clinton took a small step forward when she recently called on Sudan "to suspend elements of the national security and public order laws that are incompatible with free and fair elections."
But her words still lack the support of the President himself, who has remained silent instead of calling out Khartoum for its lack of progress.
Sudanese security forces continue to harass and intimidate their political opponents. Violence and insecurity in Darfur will make voting difficult—if not impossible. The regime in Khartoum wants to use the upcoming election to tighten its grip on power and insulate its leadership from the reach of international justice.
We must act now. Send a message directly to President Obama and tell him that the United States must not recognize the results of an illegitimate election.
Thank you for your support and your activism.
Sincerely,
Mark Lotwis,
Save Darfur Coalition
Posted by Justin Soutar at 10:26 AM