Specter Out: Paul Up, Others Coming 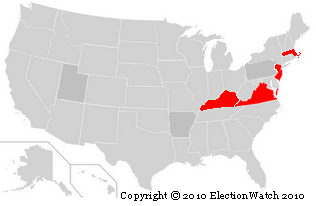 The results of these Senate primary elections are the latest in a string of disasters for the Obama administration since late 2009, including the election of Republican governors in New Jersey and Virginia, the election of a Republican senator in Massachusetts and the decisions of several incumbent Democratic senators not to seek re-election in 2010.

As Rand Paul said after his nomination, this is democracy at work. The American people are telling Washington in no uncertain terms that they've had it with abortion, big government, high taxes and a dragging economy. A Republican Revolution is underway!

I don't care if they call me a tea-party activist. I'm excited to see these developments! They are paving the way for the kind of changes our country needs.
Posted by Justin Soutar at 4:05 PM

I agree. These are good signs for the elections in November. We must keep the momentum and produce real change.