America's Back-Door Enemy and the Situation in Iraq 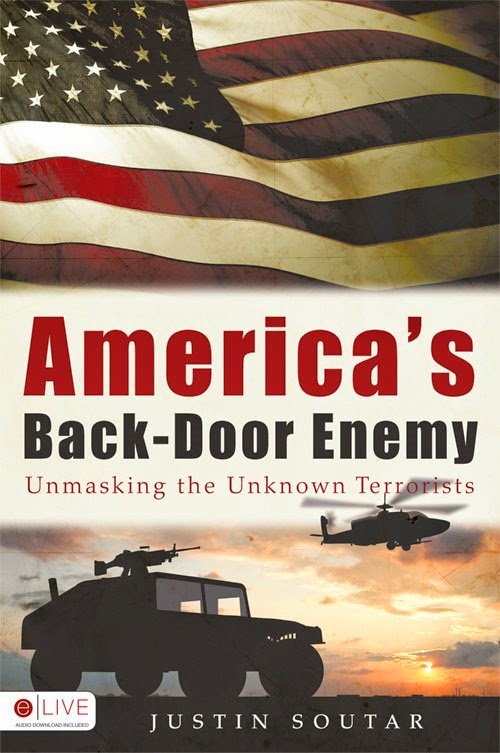 In a few days, on June 23, I will mark the fifth anniversary of the release of my first book, America's Back-Door Enemy. I would like to thank all those who have purchased and read it (or listened to it) over these past five years. I've been thinking that this book is getting a bit obsolete by now, but then the news headlines about the situation in Iraq jumped out at me and showed me that I was wrong: the book is just as relevant now as when it was first published, and we need to heed the lessons it contains as we discuss and form opinions regarding US foreign policy toward Iraq.

As Iraq descends ever deeper into violence and chaos, as "Islamic" radicals take over the country, as Christians continue to flee in droves, and as the country continues sliding ever closer to full-fledged civil war, it seems that everyone is criticizing President Obama's foreign policy, and I won't deny that there is plenty of room for criticism there. But it seems that no one is daring to criticize or call into question President Bush's foreign policy, which is what got us into the current mess. Make no mistake: it was the US-led invasion of Iraq in 2003 that set the stage for what we are seeing happen now in that ancient and historic country.

As I point out in the book, Pope (now Saint) John Paul II, along with Catholic bishops in both the US and Iraq, warned that a military invasion of Iraq would have unacceptable consequences for the civilian population of that country and for the stability of the whole region. Specifically, Saint John Paul predicted that a war with Iraq and the removal of Saddam Hussein from power would lead to a mass exodus of Christians from the country; would leave a power vacuum to be filled by violent "Islamic" fundamentalists; would lead to civil war; and would destabilize the entire Middle East. I am not justifying or excusing any of the atrocities that the dictator Saddam Hussein committed against his own people. I am simply saying that leaving him in power would have been the lesser of two evils, and pointing out that our Pope and bishops had good reasons for opposing the alternative of war which the Bush administration unfortunately carried out. What they predicted is exactly what is happening now. Iraq is falling apart. The whole Middle East is collapsing. Millions of people have lost their homes and are now living in refugee camps in Iraq, Syria, Jordan, Lebanon and elsewhere, largely ignored and forgotten by the world outside, while terrorists and guerillas and armies plot death and destruction with impunity. Our invasion of Iraq was supposed to bring freedom and democracy and security to the country; instead, it has opened the door to anarchy, tyranny, and civil war.

In America's Back-Door Enemy, I unveil the real reasons for the US invasion of Iraq in 2003, which had nothing to do with either freedom or democracy and everything to do with war profiteering for US defense manufacturers, control of Iraq's vast oil reserves, and the development of the Greater Israel so ardently desired by Israel's radical Zionist minority. As I demonstrate clearly in the book, these Zionist extremists are the "back-door enemy" secretly manipulating US and Israeli foreign policy and taking advantage of "Islamic" terrorist violence to advance their own wicked agenda. War in the Middle East is a key method of advancing this agenda. As Pope Francis has pointed out, when a war is being concocted, we should ask ourselves: Who is going to profit from this? We hear constantly about "Islamic" terrorists and their evil plans, and I am not here to downplay the horror and evil of the violence they perpetrate. But few people are aware of the existence and activity of radical Zionists, who are more subtle, more sophisticated, much more powerful, and far more dangerous than their "Islamic" counterparts. My book is a real eye-opener in this respect.

Some are now calling for a limited US military intervention in Iraq to take out the "Islamic" extremists and restore some measure of order in the country. My position as of this writing is firmly non-interventionist. For one thing, I do not believe that it is our job to police the world or to go about spreading freedom and democracy by force of arms, but rather that we should set a good example here in our own country for other nations to admire and imitate. Our nation's Founders established America as a "City on a Hill," not as a world empire or conqueror. The duty of our military is and should be to defend our own coastlines and borders from foreign aggression. I agree with Ron Paul and Pat Buchanan on this issue. For another thing, the US has been taking military action against Iraq on and off for years now, from the Persian Gulf War of 1991 to the low-level bombing raids of the late 1990s to the 2003 war, which really only just petered out a few years ago. What has all this war accomplished, for our country or for Iraq? Very little good and a great deal of harm. Additional warfare will not resolve Iraq's problems. Third, a US invasion of Iraq without the approval of the United Nations would constitute an act of aggression, just as the 2003 invasion did. For all its grave problems, Iraq is still a sovereign nation, and we should respect that sovereignty by leaving it alone and not barging our way in uninvited. Fourth, the previous wholesale US military occupation of Iraq failed to destroy "Islamic" terrorist groups and bring order and stability to the nation; on the contrary, terrorism rates under US occupation exploded far beyond what they had ever been under Saddam Hussein. It's a key principle of my book that war does not end terrorism; history bears this out time and time again.

Furthermore, the Iraqi Catholic bishops, who are more familiar with the complex situation in their own country than we are--subjected as we are to many false and misleading news reports--are opposed to any new US invasion of their country because it would only exacerbate the situation. There is great danger that a limited "surgical" strike such as currently proposed by President Obama will not stop at that but will grow into a lengthy full-fledged war involving hundreds of thousands of American troops, just as limited US involvement in Vietnam in the early 1960s grew and grew into a protracted and ultimately fruitless conflict that claimed many lives. Let us learn something from what history teaches us in this regard. Finally, I oppose any US military action in Iraq due to the influence of Pope Francis, who rallied the Church and the world to pray for peace in Syria and the Middle East last year. As the subsequent turn of events proved, prayer is powerful enough to change the course of history. What we need right now is not more warfare, even of the limited kind. What we need is prayer and fasting for the conversion of sinners and peace in the world. Iraq needs more prayer, not more bombs.

If you haven't yet read my book America's Back-Door Enemy, I would encourage you to do so. It is still available in print, audio book and e-book from Tate Publishing as well as various online bookstores. Laying aside partisan politics and ideology, it offers a frank and honest discussion of post-9/11 US foreign policy from a solid Catholic perspective--a discussion that is much needed as the possibility of yet another US military intervention in the Middle East looms on the horizon.

Mary Queen of Peace, pray for us!
Posted by Justin Soutar at 11:35 PM