Thanks be to God and to His Holy Mother, Mary Immaculate, Patroness of the United States, for granting our nation two important victories for life and liberty at the end of last month. Both of these victories were decisions handed down by the U.S. Supreme Court during the third annual Fortnight for Freedom.

On June 27, the Supreme Court unanimously ruled unconstitutional a law in Massachusetts that prohibited peaceful pro-life prayer warriors, protestors, and counselors from setting foot within thirty-five feet of an abortion clinic. No doubt strongly supported by Planned Parenthood, this so-called "buffer zone" law was a direct attack on freedom of speech. It was also an indirect attack on innocent human life, since its effect was to increase the number of abortions in the state of Massachusetts. Although the Court remained silent on the morality and legality of abortion, it had enough sense to clearly perceive the freedom of speech issue involved here. Now the pro-life movement in Massachusetts is free to do its important, life-saving work without interference from the state government. No doubt thousands of innocent unborn lives there will be saved in the coming years. Thanks be to God. 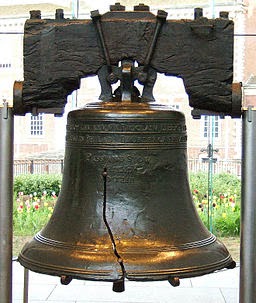 Then on June 30, the High Court handed down its widely anticipated decision in the Burwell v. Hobby Lobby case. By just one vote, the Court ruled in favor of Hobby Lobby and against the Obama administration, striking down part of the HHS mandate within ObamaCare that requires owners of secular for-profit businesses to include abortion-inducing drugs and contraceptives in their health insurance plans for their employees, even if this violates their religious beliefs and moral principles. The Court ruled that the Religious Freedom Restoration Act, passed by Congress and signed by President Clinton in 1993, applies to owners of for-profit businesses, and that the federal government cannot force them to violate their consciences. This is a great victory for our First Amendment rights, for our right to act in accord with the law of God, and also for the unborn across our country, many of whose lives will be spared as a result of this decision. Moreover, this ruling has significant implications for what is left of the HHS mandate and ObamaCare, which are both looking more and more like Swiss cheese. If for-profit owners of secular businesses who object to providing abortifacients and contraceptives for religious and moral reasons are exempt from the anti-life mandate, then why shouldn't directors of religious and secular not-for-profit organizations who object to it for similar reasons be exempted as well? Why shouldn't EWTN and Catholic and Christian colleges and hospitals be exempted? Why aren't their CEOs legally free to follow their religious and moral beliefs in their administration of education and health care?

The Obama administration's exemption for religious institutions currently in force is based on a very narrow definition of "religious institution" as an organization that primarily hires and serves members of its own faith. That leaves out practically 99 percent of religious institutions in this country, most of which are not exclusive or cultist but part of the broader society, hiring and serving people of all faiths and none at all. Some of these religious institutions have rightly won their own exemptions from the mandate in state and federal courts. The remainder are still being coerced by the Obama administration against their religion and conscience, and against the First Amendment, into providing coverage for anti-life drugs that have no health benefits whatsoever. This has to stop. The Supreme Court must confirm the more than two dozen injunctions already granted by lower courts to dozens of religious organizations, and extend them to all religious institutions in America. The federal government has no right to pick and choose who can freely practice their religion and follow their conscience and who cannot. Our Constitution forbids the government from prohibiting the free exercise of religion. Therefore, the High Court must uphold the religious liberties and moral conscience rights of all Americans without exception. And that, necessarily, will mean the death of the HHS mandate and the demise of ObamaCare.

Once again, thanks be to God and His Holy Mother for these two victories for human life and liberty in our nation. We must keep praying and taking action to defend our God-given rights and liberties. Let freedom ring!
Posted by Justin Soutar at 1:04 PM