Was Jesus Crucified on Passover?

Reading Jesus of Nazareth by Pope Benedict XVI has been a wonderful experience for me. In this original work, drawing on his deep faith in Jesus, his vast scholarship and his great intellectual ability, our former Holy Father offers profound and beautiful insights into the figure and Person of Jesus as portrayed in the Gospels. Pope Benedict’s remarkable talent for Scripture study is marvelously evident in this three-volume book; he draws brilliant connections between various Scripture passages and truly makes the Scriptures come alive. In summary, I have been greatly enriched through my reading of Jesus of Nazareth, and I would highly recommend this book series to anyone.

In his Foreword to Jesus of Nazareth, Benedict XVI points out that this book is not an exercise of the Church’s Magisterium but rather “my personal search ‘for the face of the Lord’ (cf. Ps. 27:8).” (p. xxiii) He adds, “Everyone is free, then, to contradict me. I would only ask my readers for that initial goodwill without which there can be no understanding.” (p. xxiv) Having gladly given such initial goodwill, I have found very little to disagree with in the book. However, I did find one area where I respectfully disagree with the former pontiff, and that is in his discussion of the dating of the Last Supper and Christ’s crucifixion in relation to the date of the Passover feast (Jesus of Nazareth—Part Two: From the Entrance into Jerusalem to the Resurrection (San Francisco: Ignatius Press, 2011), pp. 106-115). 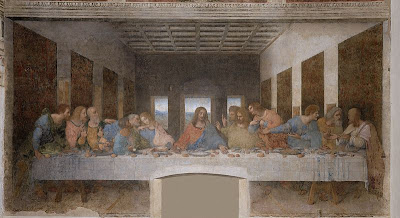 In this discussion, Benedict XVI draws attention to the apparent contradiction between the date of Passover as recounted in the Synoptic Gospels (Matthew, Mark, and Luke) and as recounted in the Gospel of John. He observes that the Synoptics place the Last Supper “on the first day of Unleavened Bread, when they sacrificed the Passover lamb” (Mk. 14:12), and clearly identify the Last Supper as a Passover meal. This meal took place on Thursday evening, which according to the Synoptic chronology was the eve of Passover. Jesus was then crucified the following day, which would have been the very day of the Passover feast. The Pope finds it improbable that Jesus would have been tried and executed on the important Jewish feast day of Passover. As evidence against this hypothesis, he points to a comment from Mark: “He tells us that two days before the feast of Unleavened Bread, the chief priests and scribes were looking for an opportunity to bring Jesus under their control by stealth and kill him, but in this regard, they declared: ‘not during the feast, lest there be a tumult of the people’ (14:1-2)” (pp. 107-108).

Benedict then turns to John’s chronology and highlights the differences between it and the Synoptic chronologies. He says that John goes to great lengths to show that Jesus’ Last Supper was not a Passover meal. He also notes that “the Jewish authorities who led Jesus before Pilate’s court avoided entering the praetorium, ‘so that they might not be defiled, but might eat the Passover’ (18:28)” (p. 108), implying—in contrast to the Synoptic Gospels—that the Passover had not yet begun at the time of Jesus’ trial. According to John’s chronology, therefore, Jesus was tried and executed on the day before Passover, not on the feast day itself. Both the Synoptic and Johannine chronologies agree that the Last Supper took place on Thursday, Jesus’ death on Friday, repose in the tomb on Saturday, and the Resurrection on Sunday. But while the Synoptic accounts explicitly have the Passover feast begin on Thursday evening, John’s gospel implies that it began on Friday evening.

Benedict remarks that, if John’s chronology is correct, the Passover lambs were being slaughtered in the Temple at the same time that Jesus, the true Lamb, was crucified. He observes that this theologically significant connection has led many scholars to write off John’s chronology as a “theological” chronology, deliberately constructed in order to bring out this important theological connection. However, the Holy Father believes that the Johannine chronology is more historically probable than the Synoptic chronologies because it seems unlikely that Jesus would have been executed on the feast of Passover. “On the other hand,” he writes, “Jesus’ Last Supper seems so closely tied to the Passover tradition that to deny its Passover character is problematic” (p. 109).

Benedict notes that attempts have frequently been made to reconcile the Synoptic and Johannine chronologies. He discusses at some length the interesting theory of twentieth-century French scholar Annie Jaubert, who claimed that Jesus celebrated the feast of Passover on a Tuesday evening following an ancient priestly calendar, while the Jewish authorities, following their own calendar, would have celebrated the Passover on Friday evening. Thus the difference between the Synoptic and Johannine dating of Passover can be explained by the use of two different calendars. However, Pope Benedict points out that John’s gospel itself indicates that Jesus followed the same calendar as the Jewish authorities, and he also notes the long tradition assigning Jesus’ Last Supper to Thursday. He concludes: “So while I would not reject this theory outright, it cannot simply be accepted at face value, in view of the various problems that remain unresolved” (p. 112).

Benedict finds a solution to the Passover discrepancy in a meticulous and comprehensive scholarly work by John P. Meier entitled A Marginal Jew: Rethinking the Historical Jesus. Concluding that one must choose between the Synoptic and Johannine chronologies, Meier argues that the weight of evidence favors the Johannine version of events. The former pontiff notes that Meier cannot give a convincing explanation for the Synoptic references to a Passover meal, dismissing them as later additions to the gospel texts. Meier claims that Jesus’ Last Supper was not a true Passover meal according to Jewish ritual and calendar, but that it was Jesus’ own personal version of a Passover meal in which he gave himself to his disciples as the true Lamb on the eve of his passion and death. Benedict describes this viewpoint as follows: “Even though the meal that Jesus shared with the Twelve was not a Passover meal according to the ritual prescriptions of Judaism, nevertheless, in retrospect, the inner connection of the whole event with Jesus’ death and Resurrection stood out clearly. It was Jesus’ Passover. And in this sense he both did and did not celebrate the Passover: the old rituals could not be carried out—when their time came, Jesus had already died. But he had given himself, and thus he had truly celebrated the Passover with them” (p. 114).

Personally, I find little reason to doubt the accuracy of the Synoptic chronologies. The Synoptic gospels are straightforward historical accounts of Jesus’ life, teaching, Passion, Death and Resurrection. They were written much closer in time to the events they record than was the Gospel of John. It makes sense, as the Synoptics tell us, that the Last Supper was a real Passover meal taken by Jesus and his disciples on the opening night of the Passover feast. After all, Jesus observed all the major Jewish feast days. The notions that Jesus’ Last Supper was not a genuine Passover meal and did not take place on the eve of Passover I find distasteful, unacceptable and incompatible with the Synoptic gospel accounts. Those accounts also contain significant theological connections. According to the Synoptics, the institution of the Holy Eucharist took place appropriately on the feast of Unleavened Bread. Then on the feast of Passover, the day on which the Israelites were delivered from slavery in Egypt, Christ passed over into the realm of the dead, delivering mankind from the slavery of sin. I believe that Jesus’ trial and execution did actually take place on the feast of Passover as the Synoptics indicate. The chief priests and scribes may have originally planned not to arrest and kill Jesus on Passover as Mark’s gospel relates (14:1-2), but then Judas offered to hand Jesus over to them (14:10-11) and did so at a convenient opportunity, which happened to be the night before the Passover feast. Moreover, a statement by Jesus in Matthew’s gospel seems to confirm that his death would really take place on Passover. Jesus says to his disciples: “You know that in two days’ time it will be Passover, and the Son of Man will be handed over to be crucified” (26:2). The way this statement is worded implies two simultaneous events: Passover and crucifixion. It really does not make sense to interpret it any other way. If Jesus was going to be crucified before the Passover, why would he bother to mention the Passover first—or at all? Finally, the Roman governor had a custom of releasing one prisoner chosen by the people on the occasion of Passover (Mt. 27:15); Pilate followed this custom, offering to release Jesus, but the crowds, stirred up by the chief priests and elders, demanded Barabbas’ release instead (Mt. 27:16ff). It makes sense that this amnesty would have been granted on the actual day of the Passover feast.

It’s true that, unlike the Synoptics, John’s gospel makes no mention of Christ’s Last Supper as being a Passover meal. However, John does not therefore deny the Passover character of the Last Supper. He simply chooses to focus on Jesus’ example of humble service in the washing of his disciples’ feet. John fails to mention a great many facts recounted in the Synoptics because his approach is different; his gospel is the “theological” gospel, and his main concern is not to record all the facts of Jesus’ life but rather to present him in all his glory as the Son of God. Also, John prefaces his account of the Last Supper with the words, “Before the feast of Passover” (13:1); this can mean that the Passover feast would occur the next day, that is, Friday.

But how can we explain the statement in John’s gospel that the Jews who led Jesus before Pilate avoided entering the praetorium “so that they might not be defiled, but might eat the Passover” (18:28)? Is this merely a theological device intended to connect Jesus’ sacrifice on the Cross with the sacrifice of the Passover lambs? No; this is a simple factual statement, and as such it cannot reasonably be doubted or explained away, even if it seems to contradict the Synoptics. Perhaps this verse from John can be reconciled with the Synoptic accounts in this way. The Jewish feast of Passover is in fact not confined to a single day but constitutes a week-long celebration. True, the principal Passover meal takes place on the first evening of this feast, but the lesser meals taken on the succeeding days are also part of the Passover celebration. The Passover may have already begun on Thursday evening, but the Jews who brought Jesus before Pilate still had to keep themselves ritually pure if they were to continue to eat the Passover feast, which would continue until the following Thursday.

So perhaps there is no real conflict between the Synoptic and Johannine accounts of Christ’s Last Supper and crucifixion in relation to the Passover feast. But even if my explanation of John 18:28 turns out to be inadequate and not well supported, I would still tend to favor the Synoptic version of events, which I find to be historically accurate as well as theologically significant. In the meantime, I will try to keep an open mind pending additional research on this subject.