(This article originally appeared on the Intellectual Conservative March 16, 2015 at http://intellectualconservative.com/boehner-the-traitor/ )

House Speaker John Boehner is a traitor to the U.S. Constitution and the American people.

By agreeing to fund ObamaCare as well as President Obama’s Executive Amnesty for illegal immigrants—and by shamefully attacking his Tea Party Republican colleagues who refuse to go along with such travesties—Speaker Boehner has demonstrated beyond a shadow of a doubt that he has abandoned all pretense of being a Tea Party leader (if he ever was in the first place) and that he is now simply part of the corrupt Washington, D.C. political establishment. 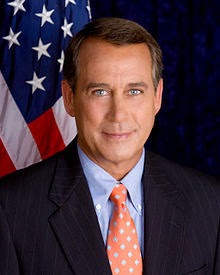 Like any well-trained politician, Speaker Boehner talks a great game right before and after an election. But when the time comes to get down to business and actually start delivering on his campaign promises—which would naturally entail a nasty, all-out confrontation with the Obama administration—Boehner instead shows his true colors as a remarkably compliant Obama lackey, a politically correct Republican In Name Only whose chief function is to guard and protect the disastrous, hated, and ultimately unsustainable Washington status quo.

Instead of courageously standing up to President Obama and his Democratic cronies and putting a stop to their malicious and unconstitutional Big Government agenda as he pledged to do and as he ought to do, Boehner simply rolls over and gives our corrupt and lawless Chief Executive exactly what he wants, when he wants it, no questions asked and no strings attached. Furthermore, he seems determined to blackmail as many of his Tea Party colleagues as possible into abandoning their principles, turning their backs on their constituents, and jumping aboard the establishment bandwagon.

At the ballot box last November, we the American people made it unmistakably clear that we are fed up with the moral, fiscal and legal insanity known as “business as usual” in Washington. We elected the largest number of Republican senators and representatives to Congress in seventy years. There are now more Republicans in Congress than before most of us were born, including more Tea Party Republicans than ever before. By overwhelmingly embracing Republican and Tea Party candidates, we the voters sent a powerful message to our elected representatives that we want them to reject President Obama’s radically secularist, unconstitutional, Big-Government socialist agenda and start getting our country back on track in accord with the vision of the Founders. 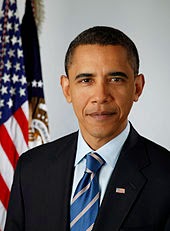 As Speaker of the House of Representatives, John Boehner’s official role is to represent the American people in that house of Congress and to promote policies that will advance the best interests of this country as a whole. He should be leading the charge against President Obama’s bullying tactics, holding him accountable for his egregious abuses of power. He should be rallying his Republican colleagues to defund and repeal ObamaCare without delay. Instead, Boehner is doing just the opposite: enabling the sinister establishment agenda to progress essentially unhindered, allowing the president’s impeachable offenses to slide as if they never occurred, and bullying his principled colleagues—true statesmen and women, true servants of the people—who rightly refuse to submit to this madness.

In short, Speaker Boehner has become the Obama administration’s Trojan horse in the House. He is a creature of the corrupt Washington establishment; a convenient pawn of the major corporate interests and lobby groups that make the establishment go round. His job is to keep the House functioning effectively under establishment control—i.e., to ensure that it does not throw up any serious roadblocks that would halt the progress of President Obama’s agenda.

Millions of Americans are rightly disappointed and angry with Speaker Boehner’s recent actions, which make a mockery of the true leadership our country so desperately needs at this critical time. Boehner has betrayed the trust of his constituents, ignored the U.S. Constitution, and acted in a manner totally unworthy of an honorable elected representative. For these reasons, he should no longer serve as Speaker of the House.

Make no mistake: Boehner must be held accountable for his immoral and corrupt behavior. We the people did not give Republicans full control of Congress just to have a single establishment loser effectively nullify that control. We must make it clear to Mr. Boehner that his unjust bullying tactics on behalf of President Obama will not be tolerated—that he must either change course or lose his job as Speaker of the House. And if he refuses to change course, we must then demand that our elected representatives replace this establishment career politician with a principled Tea Party leader who will stand up to the reckless Obama administration and facilitate good government on behalf of the American people.

Our country has had enough of Speaker Boehner and his unfortunate policy of subservience and appeasement to President Obama. It’s time to put a true leader in his place.