Traitors to the Church 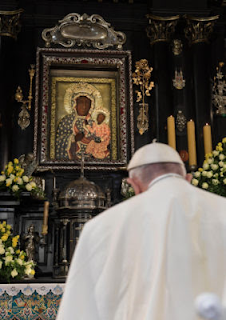 For several months now, the Catholic Church in the United States and around the world has been undergoing a particularly severe attack from the forces of evil. Radical secularist elitists in our government and the "mainstream" media have unjustly seized upon and magnified beyond all reasonable bounds the abominable crimes and sins of sexual abuse of minors by a tiny minority of priests in the 70s, 80s and 90s, and their cover-up by several bishops--as well as the recently revealed accusations against former Cardinal, now Archbishop Emeritus Theodore McCarrick--in an unscrupulous attempt to smear the entire contemporary U.S. Church and to utterly destroy her good name in the minds of the general public. Similar but more extensive and more recent priestly sexual abuse revelations have emerged in Chile and Honduras. And in Europe, former U.S. nuncio to the Holy See Archbishop Carlo Maria Vigano has publicly alleged that Pope Francis failed to act on prior knowledge of the accusations against McCarrick and has demanded his resignation from the papacy. This devastating coordinated assault of Satan against the Mystical Body of Christ has proven remarkably successful in achieving its wicked objectives, thanks in large measure to the domineering power and influence of the secular media. But the most disturbing aspect of this whole affair, and what has contributed greatly to the success and duration of this vicious anti-Catholic propaganda campaign, is that instead of taking up arms to defend Holy Mother Church from this demonic onslaught, millions of faithful and well-intentioned Catholics have been tricked by the Enemy's lies into turning against their own Mother and are now (even if unknowingly) fighting the Church as traitors with the Enemy's weapons and on the Enemy's side! 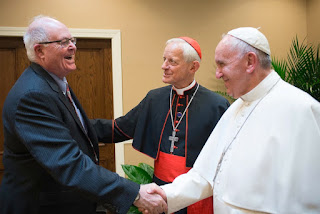 Bill Donohue, President of the Catholic League for Religious and Civil Rights, has rightly exposed the voluminous Pennsylvania grand jury "report" on priestly sexual abuse for what it is: an elaborate hoax consisting of two true accounts of abuse by priests buried among hundreds of unsubstantiated cases that cannot be admitted to court. Donohue has also drawn attention to the vicious anti-Catholicism of the fake report's mastermind, Pennsylvania Attorney General Joshua Shapiro. He has unmasked Mr. Shapiro's pretense of justice and fairness by pointing out his failure to investigate the far more serious sexual abuse problems within other religions and especially within our public school system. It should be perfectly clear to any objective observer that both this salaciously detailed "report" and the language accompanying its press release were designed to inflame public outrage against the American Catholic Church. Furthermore, the timing of its publication suggests a calculated plan to discredit the Church's moral authority in advance of the 2018 Congressional elections. And that is exactly what has happened. The needle of truth was cunningly buried in a haystack of lies, and with abundant oil poured on by the secular media, the resulting conflagration has been spectacular. But eventually, the fire will burn itself out, and all that will remain is the needle.

How appalling it has been to see millions of American Catholics sharing in the general public's explosion of irrational and unjustified anger against the Church! These well-intentioned Catholics have made the terrible mistake of trusting and accepting the secular media's heavily biased reporting on the matter without question, apparently forgetting that the secular media is controlled by the Church's enemies--their enemies. Their righteous indignation is irrational and unjustified because they have nowhere to direct it. They're angry with priests, but most of the priests who committed these crimes and sins against children and teens are either dead, retired, or laicized and in prison; more than 99 percent of priests currently serving the U.S. Church have never abused a child or teen. They're mad at bishops, but most of the bishops who conspired to cover up these crimes and sins are either dead or retired, and nearly all (if not all) of the bishops currently serving the U.S. Church have never engaged in such cover-up. And they're incensed at Pope Francis (who has increasingly become a scapegoat for many of the Church's problems) for allegedly mishandling the situation, but nearly all of the crimes and sins took place during the reign of Pope Saint John Paul II, many years before Francis was elected pope. Angry Catholics, some of whom have abandoned the Church altogether, have been sucked into the secular media drama and have become unwitting pawns in Satan's army. 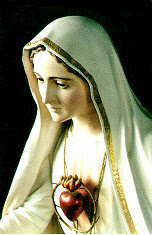 If these misguided Catholics in and out of the pews are de facto foot soldiers of the Evil One in his war against the Church, much of the blame lies with their commanding officers in Catholic media. For a number of years now, many supposedly independent Catholic journalists and media outlets in the United States have been allowing the radically secularist "mainstream" media to dictate both the content and the priority of their own stories, merely contenting themselves with approaching this news "from a Catholic perspective." The problem with this approach is that, as mentioned above, the secular media is controlled by the Church's enemies, whose agenda is diametrically opposed to Catholic faith and moral values. Catholic media executives should set their own agenda based on their religion and make their own decisions as to which stories merit their attention and how much, if any, attention a given story should receive. By slavishly following the lead of the secular media with regard to coverage of past sexual abuse by Catholic priests, Catholic journalists and pundits have played into the hands of the Church's enemies and dragged millions of hapless Catholics along with them. The crimes and sins of a few dozen U.S. Catholic priests and the complicity of a few Catholic bishops in the latter half of the twentieth century should not be today's front-page news for months on end in any media outlet, much less a Catholic media outlet! The real "scandal" here is that Catholic media "leaders" have granted wildly disproportionate coverage to an ugly chapter of the Church's past that should be left in the past, thus fueling the anger of their consumers and aiding and abetting Hell's war on the Church. 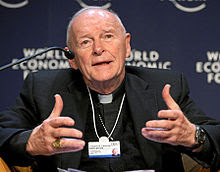 When the allegations against then-Cardinal Theodore McCarrick first surfaced this past summer, the Catholic press initially expressed some healthy skepticism regarding their credibility. If the young Father McCarrick had actually abused seminarians back in 1971, how were these misdeeds so successfully kept secret for nearly fifty years--and how did this priest subsequently manage to rise through the church's ranks to the upper echelons of the hierarchy? The suggestion that the accusations might be false was clearly on the table for a moment. Unfortunately, the Catholic media quickly allowed itself to be swept into the secular media's hostile rush to judgment, abandoning critical thinking and a sense of perspective in favor of a presumption of guilt that offends seriously against justice and charity. Had Catholic journalists acted in accord with the charity, justice and prudence their faith teaches, not to mention respect for the truth, they would have reserved judgment on the McCarrick case, assuming the former cardinal's innocence until the results of the Church's investigation were in hand. Today's Catholic journalists would do well to remember that back in the 1950s, the great Italian mystic and canonized saint, Pio of Pietrelcina, was temporarily removed from public ministry while the Church looked into a credible allegation of sexual misconduct against him. Within two years, Padre Pio was acquitted and returned to public ministry. Not every priest, bishop, or cardinal accused of a sin and crime is actually guilty. Archbishop Emeritus McCarrick resigned from the College of Cardinals because Pope Francis asked him to do so as a procedural requirement for the Church's investigation process; however, his resignation is not necessarily an admission of guilt. My impression of McCarrick over the course of many years has always been a man of quiet strength and radiant joy, a passionate and articulate defender of the faith, indeed a saintly man, and I cannot reconcile the current charges against him with his apparent sanctity. I will continue to assume that he is a holy man who has been falsely accused of wrongdoing, unless and until the Church's findings indicate the latter. 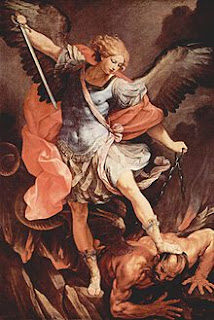 It's time well-meaning American Catholics recognize they've been duped into treason, abandon the Enemy's side and re-direct their volleys of righteous indignation at the proper targets: anti-Catholic activists in our government and in the secular media. We're commanded to love our enemies, but we should NEVER trust or follow them! If your innocent mother was unjustly attacked by enemies bent upon her total destruction, wouldn't you defend her with every fiber of your being? The Church is our Mother, and she is in this exact situation at this very moment. We Catholics must speak out and take every action within our power to defend Holy Mother Church against the malicious accusations of her radically secularist enemies in government and the secular media. We must defend our holy priests and bishops against fictitious charges; we must defend Pope Francis against the false accusations of Archbishop Vigano. Above all, we must pray unceasingly for the Church as well as for the conversion of her enemies. This is a public relations battle, a battle for the Church's reputation, a cultural battle, but above all it is a spiritual battle. As Ephesians 6:12 says, "Our wrestling is not against flesh and blood, but against principalities and powers, against the rulers of the present darkness, against the spirits of wickedness in the high places." May we fight valiantly for the Church at this critical time with boundless trust in the protection and intercession of the Blessed Virgin Mary, Saint Michael the Archangel and all the Heavenly host, confident in Christ's promise that the gates of Hell will not prevail against her.