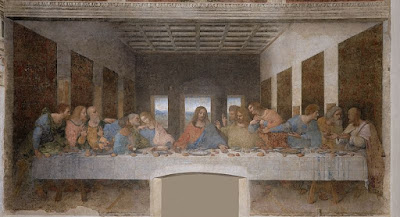 "God cannot simply ignore man's disobedience and all the evil of history; he cannot treat it as if it were inconsequential or meaningless. Such 'mercy,' such 'unconditional forgiveness' would be that 'cheap grace' to which Dietrich Bonhoeffer rightly objected in the face of the appalling evil encountered in his day. That which is wrong, the reality of evil, cannot simply be ignored; it cannot just be left to stand. It must be dealt with; it must be overcome. Only this counts as true mercy. And the fact that God now confronts evil himself, because men are incapable of doing so--therein lies the 'unconditional' goodness of God, which can never be opposed to truth or the justice that goes with it. 'If we are faithless, he remains faithful--for he cannot deny himself', writes Paul to Timothy (2 Tim 2:13).

"This faithfulness of his means that he [Jesus] acts not only as God toward men, but also as man toward God, in this way establishing the Covenant irrevocably. So the figure of the Suffering Servant who bears the sins of many (Is 53:12) goes hand in hand with the promise of the new and indestructible covenant. This planting of the covenant in men's hearts, in mankind itself, in such a way that it can no longer be destroyed, takes place through the vicarious suffering of the Son who has become a servant. Ever since, standing against the whole flood of filth and evil is the obedience of the Son, in whom God himself suffered, and hence this obedience always infinitely surpasses the growing mass of evil (cf. Rom 5:16-20).

"The blood of animals could neither 'atone' for sin nor bring God and men together. It could only be a sign of hope, anticipating a greater obedience that would be truly redemptive. In Jesus' words over the chalice, all this is summed up and fulfilled: he gives us the 'new covenant in his blood'. 'His blood'--that is, the total gift of himself, in which he suffers to the end all human sinfulness and repairs every breach of fidelity by his unconditional fidelity. This is the new worship, which he establishes at the Last Supper, drawing mankind into his vicarious obedience. Our participation in Christ's body and blood indicates that his action is 'for many', for us, and that we are drawn into the 'many' through the sacrament."

The Sunshine and the Clouds: Five Years with Pope Francis

Today we celebrate the fifth anniversary of Pope Francis's election to the papacy. I recall five years ago watching EWTN's live broadcast of the conclave proceedings in Rome, where on a cold and rainy late winter evening, white smoke poured forth from the chimney of the Sistine Chapel and we were all surprised by the cardinals' choice of Jorge Mario Bergoglio, the archbishop of Buenos Aires, Argentina. His simple faith and humility, charity and joy, his ability to communicate profound truths in accessible contemporary language, and the fidelity of his personal lifestyle to the Gospel of Christ immediately won our affection and esteem. With his extrovert personality and his emphasis on God's unfailing mercy, Francis promptly established himself as a charismatic leader of the universal church in the mold of John Paul II, drawing the attention and admiration of a vast global non-Catholic audience, elevating public interest in the church, and encouraging many fallen-away Catholics to return to their spiritual home.

Unfortunately, within the past five years since his accession to the Chair of Saint Peter, dark clouds of doubt, misunderstanding, suspicion, error, and confusion have gathered within the church to dim the blazing light of Pope Francis, leading an increasing number of good and faithful Catholics to view him as incompetent or even heretical. Some doubt his ability to govern the church effectively in these difficult times. Others misunderstand the meaning of his words and actions, viewing him as somehow "too liberal". Yet others suspect that Francis secretly intends to lead the church away from the deposit of faith. Still others erroneously believe that Francis has openly broken with the magisterial teaching of his predecessors by imposing heretical moral doctrines on the universal church. And finally, widely varying and conflicting interpretations and applications of the pontiff's words and actions across the worldwide church have left tens of millions of Catholics confused as to what Pope Francis really wants in terms of church policy and pastoral practice.

Many Catholics are blaming Pope Francis himself for this situation, claiming that his ambiguity, vagueness, and laxity with regard to church doctrine and practice is the source of the misunderstanding and confusion clouding his pontificate, and that his failure to clarify doctrine and set strict boundaries for pastoral practice is allowing the situation to continue, thus endangering the salvation of many souls. Francis' beautiful and lengthy post-synodal apostolic exhortation Amoris Laetitia (The Joy of Love) serves as the central proof of this thesis. As I've been observing this papacy develop and unfold during the past few years via Catholic and secular media coverage, paying attention on the one hand to the tremendous controversy surrounding this signature document and on the other hand to the actual words and deeds of Pope Francis--who, like all popes before him, is capable of making certain kinds of mistakes and may rightly be criticized for them--it has occurred to me that, in all fairness, the real source of the controversy is not Francis himself, but rather those Catholic dissidents (a.k.a. heretics), anti-Catholic organizations and pressure groups, and secular journalists and media pundits who are manipulating Francis's papacy with their own agenda in mind.

For an obvious example of this, those heretics and immoral activists (including some bishops) who for many years have been pushing the church to admit to Holy Communion divorced and remarried couples who are willfully living in mortal sin have interpreted certain passages of Amoris Laetitia as finally granting that long desired permission, and that this is what Pope Francis actually wants. The secular media has jumped on this and proclaimed it to the ends of the earth as gospel truth. By doing so, these pressure groups and their mouthpieces in the secular media have not only missed the real point of Amoris Laetitia and of Francis' papacy in general, but they have generated clouds of confusion and controversy to obscure his pontificate, calling into question his personal holiness and casting doubt on his intentions and his leadership in the minds of many faithful Catholics.

Those who accuse Pope Francis of doctrinal ambiguity and pastoral vagueness should re-read the full text of his opening address at the Synod on the Family in October of 2015. In that address, he beautifully spelled out perennial church teaching on the family and warned the bishops against numerous temptations to which they had been subject during their previous two weeks of discussion, including the temptation "to ignore the deposit of faith" in the development of pastoral practice. The ideas that Francis is out to change timeless doctrines of the Catholic faith, and that Amoris Laetitia is meant to be interpreted heretically, authorizing heretofore forbidden pastoral practices that violate Catholic moral teaching, are ridiculous. These ideas are concoctions of the aforesaid pressure groups and journalists who want the church to conform to their own agenda. They, not Francis, are responsible for the confusion regarding Francis' pontificate and the direction in which he is really trying to lead the church. From this perspective, it is entirely understandable why the growing chorus of calls for doctrinal and pastoral clarification addressed to Francis by well-meaning lay folk, priests, bishops, and cardinals have been met with a deafening silence. Why should the pope spend time and energy clarifying what he himself did not confuse?

Divine mercy is the proper hermeneutic for understanding Francis' papacy. He knows that we human beings are all sinners, so through his words and actions, he is reaching out to everyone and inviting everyone to experience God's mercy in their own lives, in whatever situation they find themselves in, through repentance and conversion. He wants pastors to go to the peripheries of their local churches and of human society and find creative ways to bring people who have fallen into the darkness of sin back into the light of God's grace. This is exactly what a Jewish rabbi named Jesus of Nazareth did two thousand years ago, and His ministry too was fraught with controversy as the religious leaders of his time made false accusations against him. Ultimately, however, Christ was vindicated--and eventually, Pope Francis will be vindicated as well.