Another Democrat Bails Out 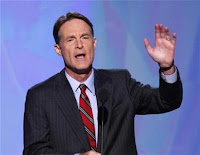 Indiana Senator Evan Bayh becomes the fourth Democrat to jump off the sinking ship of his party. The major media outlets are portraying Senator Bayh as an honorable statesman who has become the victim of political infighting in Washington, D.C. In fact, he has been trying to implement the same unpopular agenda as most of his fellow Senate Democrats. You can get the truth of the matter by reading my article, "Evan Bayh and the Democratic Strategy."
Posted by Justin Soutar at 1:36 PM No comments: 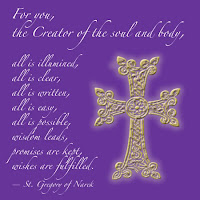 I want to extend to each and every one of you wishes for the most blessed and grace filled Lent of your life.

In many ways Lent is like life itself—a preparation for something higher and greater; a journey to an ultimate destination that “eye has not seen, nor ear heard, nor has it entered into the mind of man what God has in store for those who love him.”

Even Jesus prepared for his public ministry by going into the desert, with all of its privations and dangers. We need to prepare for our meeting face to face with God, and that preparation should start sooner, rather than later. In fact,
Lent—this Lent—is the best time to begin. Don’t put it off!

In order to help you to do this, we are offering a collection of our most popular DVD
singles that we feel most fit into the theme of Lent. I realize that the economy is not good for many of us, and many individuals and families are feeling the financial pinch. To help to do our part as best we can financially, we are offering this collection of single DVDs at a significant savings. The everyday retail price of these single DVDs is $90.00 ($15.00 each), when purchased individually.

For a limited time we are offering The Lenten Power Pack for $49. This is an average cost of $8.17 each for the 6 single DVDs.

The titles in this offer are:

1. Personal Testimony—My own life story of how God’s grace and mercy are so infinitely greater than our sins and human weaknesses. No one need lose hope, for God’s Name truly is Mercy.
2. Humility—Humility is truly the foundational and essential virtue. In order to repent and believe in the Gospel, humility is absolutely essential. Humility is the simple acknowledgment of truth—the truth concerning who God is and who I am. No humility, no holiness, no holiness no Heaven. Humility is the only way to begin Lent, and to live a truly Christian and Catholic life.
3. How To Make a Good Confession—As Catholics we can talk all we want about repentance, but the only ordinary means of the forgiveness of serious sins after Baptism that the Church knows of is the sacrament of Penance, or Reconciliation. This presentation will help you to make a good confession, whether you do it every week, or haven’t done it in fifty years.
4. Repent and Believe in the Gospel—The basic theme of all of the prophets, and ultimately Jesus Christ himself, was and is: “Repent! The Kingdom of Heaven is at hand.” God’s mercy is a lot bigger than our sins, no matter how many or horrible they may be. Nonetheless, in order to receive God’s mercy and forgiveness we have to repent of our sins. To fail or refuse to do this is to refuse God’s mercy.
5. Penance, Penance, Penance!—The need for penance and sacrifice has been dangerously downplayed in recent times. This is not rocket science: No penance,
no spiritual or moral power; no pain, no gain; no cross, no crown. The greatest
form of penance is to accept joyfully and daily the trials and tribulations that go with our state in life. Easy to say, hard to do. Nonetheless, let’s take a look at this.
6. The Power of the Cross of Christ—“The Cross is the crossroads where all roads cross.” This is one of my favorite lines from my doctoral thesis in dogmatic theology. It translates into one of my Grandmother’s favorite sayings: “Offer it up!” There is quite simply no Easter Sunday morning victory without the pain and darkness of Good Friday, and, as Jesus reminds us, “The servant is no better than his Master.”

May God grant you every grace and blessing to overcome the trials of Lent and of life, and to hear those beautiful words at the end, “Well done, my good and faithful servant, now at last enter into the joy of your Master’s house.”

I have seen most if not all of the talks in this series, and can warmly recommend this new compilation. I can highly recommend numbers 1, 4 and 6 in particular.

Posted by Justin Soutar at 4:26 PM No comments: 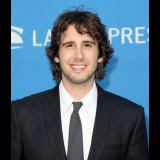 What an amazing talent God has given this young man. I'll never forget the experience I had three years ago this month of hearing Josh Groban live in concert on the Awake tour. He performed for two hours, and his voice was awesome. He sang "You Are Loved (Don't Give Up)," "February Song," "Awake" (the title track), "You Raised Me Up," and many others. Also, it was a real treat for me to see Josh play piano while singing "February Song," "Awake" and several of the other songs. There were about ten thousand people in attendance, which meant that most available seats in the multi-level arena were filled. I was sitting with my parents and sister in the top level, directly facing the right side of the stage from my perspective, and about five stories above Josh. Although this position gave us an excellent view of the stage, it also gave me the willies. I remained uncomfortable in this perch thruout the concert but managed to enjoy myself nonetheless.

While fame, success and wealth often corrupt people and make them selfish and arrogant, this has not happened to Josh. He is a fine young Christian man with good morals and charity towards other people, which makes him a celebrity I can look up to. He is part of a new generation of Hollywood stars led by Eduardo Verastegui who, in both their personal and professional lives, unswervingly follow their principles regardless of the immoral culture surrounding them.
My favorite Josh Groban album so far is Awake, and my second favorite is his famous 2001 debut, Josh Groban. I can't wait for him to record some more!
Posted by Justin Soutar at 2:41 PM No comments:

Josh Groban Sings "We Are The World" for Haiti

One of my favorite singers, Josh Groban, was among the 80-plus artists who recently collaborated to produce a new recording of "We Are The World" to benefit Haiti. Here's a brief report from his website:

Josh and some of the biggest stars in the music industry gathered in
Hollywood Monday, the day after the Grammys, for an even bigger occasion: to
record a new version of “We Are the World.” Proceeds from the song will go to
benefit Haiti in the wake of that country’s devastating earthquake, as well as
mark the 25th anniversary of the original collaboration.

Josh tweeted yesterday, "Just sang my heart out for 5 hours...This is a
group performance that people will remember forever." The new single will
premiere February 12th on NBC during the opening ceremonies of the Winter
Olympics. Visit Entertainment Weekly for more details. Look for more information on the song coming soon!

Posted by Justin Soutar at 8:40 PM No comments: 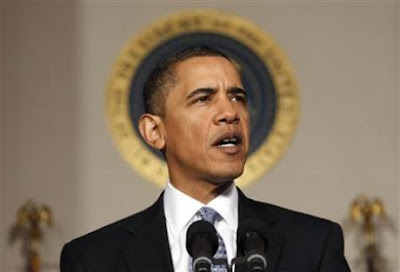 But while we should be concerned about these financial deficits, we may tend to forget that our country is also experiencing a more serious kind of deficit--a moral deficit in its leadership. Moreover, these two kinds of deficits are closely related. The moral deficit in our nation's leadership will have to be remedied before the financial deficits can be brought under control.
Posted by Justin Soutar at 3:54 PM No comments: