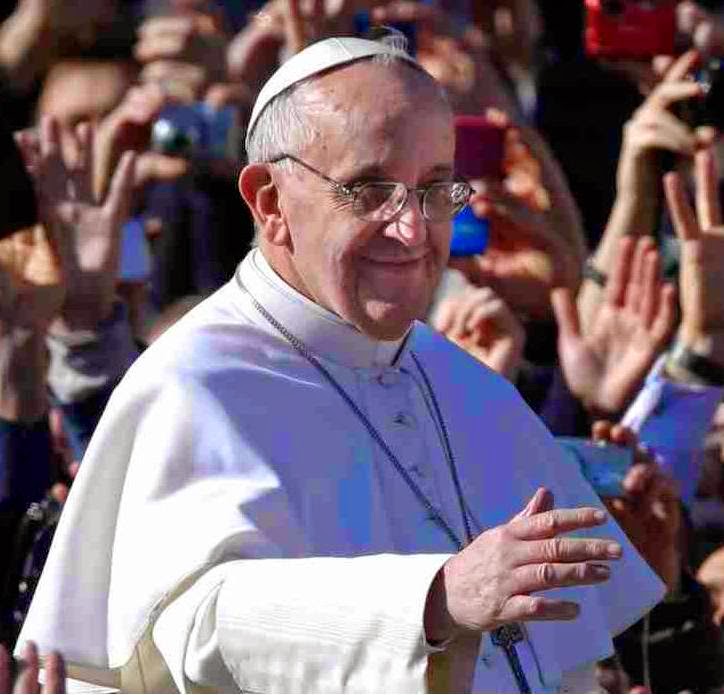 Today, March 13, marks the second anniversary of the election of Cardinal Jorge Mario Bergoglio, S.J., the Archbishop of Buenos Aires, Argentina, as Pope Francis. Like millions of others, I will never forget that historic late winter day two years ago when, on the second day of the conclave to elect a successor to Benedict XVI, the College of Cardinals stunned the media and the world by quickly settling on one of their own who was not considered a likely candidate for the modern papacy: an older Jesuit cardinal from South America who could not speak English. Although many of us were initially unfamiliar with Bergoglio, he quickly won us over with his profound humility, his beautiful smile, his simple and direct style of preaching on any subject but especially on God's great mercy, his simplicity of life, and his love for the poor and the sick. The power of his authentic and courageous example of holiness in fidelity to the Gospel enables Pope Francis to transcend all barriers of language, race, religion, and culture in order to touch billions of human hearts with the love of Christ. Through word and example, he is recalling the Church to her roots and guiding her to more effectively carry out her mission of salvation in the third millennium. Through his unique personal style, Francis is building on and continuing the great reform efforts of the last several Popes since the Second Vatican Council. He wants a Church that is closer to the people, that knows their problems and can help resolve them. And he wants the light of Christ's merciful love and peace to illuminate and heal a dark and wounded world torn by selfishness, indifference, division, hostility, and conflict.

Time has certainly proven the wisdom and brilliance of the cardinals' choice in 2013, which was clearly inspired by the Holy Spirit. Pope Francis is a holy man, a great teacher, a talented communicator, and a genius, and we should thank God that he is leading our Church at the present time. God willing, his remarkable papacy will continue for at least several more years. Let us pray that the Lord will continue to bless him with the health, strength and graces necessary to carry out his mission of service to the Church and the world. And may we entrust him daily to the loving protection and watchful care of our Blessed Mother Mary and the Angels.
Posted by Justin Soutar at 12:46 PM