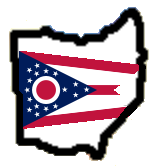 As our nation prepares to vote in the upcoming general elections on November 2, 2010, certain states stand to gain or lose more than others. Ohio will be an interesting state to watch because of the multiple races underway there. In addition to electing all twenty of their representatives to Congress, residents of the Buckeye State will be choosing a new senator and casting their ballots for governor. Right now Ohio has two senators, Republican George Voinovich elected in 2004 and Democrat Sherrod Brown elected in 2006. The state's governor, Democrat Ted Strickland, was also elected in 2006. Given the current mood of the nation, it's likely that Ohioans will pick another Republican to fill the Senate seat left by Voinovich. In fact, polls show Republican Senate candidate Rob Portman with a clear lead over the Democratic contender, outgoing lieutenant governor Lee Fisher.

Even more significant, however, would be a Republican takeover of the state's governorship. Strickland is running for a second term with lots of money, political experience and support among his age group; however, he has several strikes against him. He is pro-abortion and has failed to cut taxes during the worst economic recession in 40 years. Strickland faces a good challenge from pro-life Republican candidate John Kasich. Both gubernatorial candidates have picked women as their running mates for lieutenant governor: Strickland has chosen Yvette Brown, while Kasich has selected Mary Taylor, the current state auditor. I don't know anything about Brown, but Taylor appears to be pro-life and is also an advocate for homeschooling.

Another reason why Ohio will be an interesting state to watch on election night is that it serves as a barometer of the country as a whole. Unlike most states, Ohio's population is split pretty evenly between Republicans and Democrats, city and country folk. As Ohio goes, so goes the nation. A recent poll of registered voters in the Buckeye State showed the needle tipped way over to the Republican side there, with 75 percent of Republicans determined to vote compared to 56 percent of Democrats. It looks like a powerful storm is brewing for Democratic politicians in Washington. If Republicans take over Ohio, including the governorship, it will spell definite bad news for the Obama administration in 2012.
Posted by Justin Soutar at 11:55 AM