One week after the devastating geological earthquake in Haiti, a political earthquake shook the United States. On Tuesday, January 19, in a special election, Massachusetts voters elected Republican Senator Scott Brown to replace the late Democratic Senator Ted Kennedy. Nicknamed the "Lion of the Senate," Senator Kennedy had served continuously from 1972 until his death in 2009. Moreover, Kennedy had been preceded by a Democratic senator for several years prior to his own record-long reign.

The political significance of this event cannot be underestimated, for many reasons. This marks the first time in more than 40 years that Massachusetts has elected a Republican to the U.S. Senate. The Bay State is a reliably Democratic domain that, less than one and a half years ago, helped carry President Barack Obama to the White House with 68 percent of the vote. So why didn't the state's voters act predictably and follow tradition by choosing Democratic senatorial candidate Martha Coakley to succeed Kennedy?

The answer is that the people of Massachusetts didn't like what Mrs. Coakley stood for, and what she represented. She stood for forcing all health care professionals in the state, including Catholics, to perform and participate in abortions even if they object to doing so for conscience reasons. Such a draconian position--which is in flagrant violation of the laws of God and nature, and indeed of our Constitution and Bill of Rights--was unacceptable even by the liberal standards of the 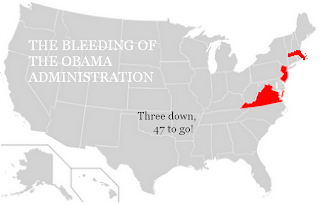 Massachu- setts electorate. Mrs. Coakley also stood for President Obama's healthcare reform plan, which has no conscience protections for pro-life medical professionals and would tax individuals who do not have "acceptable" health care coverage as defined by the government. Among Massachusetts voters, even many Democrats could not tolerate such measures.

Finally, as a Democrat, Mrs. Coakley represented the currently reigning political party in Washington, D.C, which is rapidly becoming a symbol of incompetent, immoral and corrupt government. And this is where the broader implications of this astounding upset come into play. If Democrats in the Bay State have grown frustrated enough with their party's performance in the federal government to blow their top and elect a Republican, then we can be sure that American citizens in general are even more frustrated with their elected representatives. Thus, Mrs. Coakley's loss to Senator Brown, together with the recent election of Republican governors in New Jersey and Virginia, represent a clear vote of no confidence in the Obama administration.

It should be noted that Massachusetts' new Republican Senator Scott Brown is not actually pro-life. Nonetheless, his election is still to be celebrated, because he represents the lesser of two evils in a very important respect. Martha Coakley supports the Democratic healthcare legislation in the Senate, especially the abortion provisions; Senator Brown, despite his support of abortion, opposes the Democratic healthcare legislation. Thus his victory also represents an important strategic victory for the pro-life movement in the United States.

Another significant thing is that as a result of this special election, the Democratic Party no longer constitutes a supermajority of the United States Senate. With 60 senators, Democrats could invoke the cloture rule to end debate and force a vote on any measure they wished, including a healthcare reform bill, and could also easily pass it. Now, with only 59 seats and not a single Republican senator in favor of the pending healthcare bill, that bill may never come to a vote, much less be passed, by the Senate. The door has now been opened for Republican senators to continue the Senate healthcare debate and challenge their Democratic colleagues regarding the contents of the healthcare bills. This is very good news for the American people, who have registered their intense dissatisfaction with the prevailing Democratic health care bills in opinion polls and to their elected representatives in the preceding months. 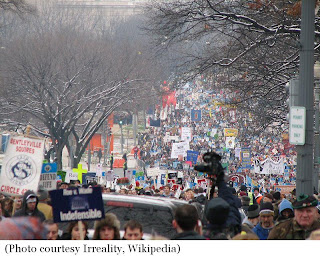 There are many reasons for the landslide opposition of the American people to Democrat- ic healthcare reform. One is its gigantic $2.3 trillion price tag, which comes at a time when our national debt is already $13 trillion and most Americans are hurting financially due to the effects of a Great Recession. They do not trust the smooth promises of their Democratic politicians that the healthcare reform bills currently on the table will make health care more affordable and accessible for all Americans. They realize that, far from increasing the healthcare options available to them and bringing down healthcare costs, the new system will create a giant new government bureaucracy, funded by unprecedented income tax hikes, devoted to its subjects' healthcare a la Communist Russia, requiring the participation of all American citizens under penalty of yet more taxes. The image of Democrats as "tax-and spenders" has reared its ugly head to a whole new level at a time when average Americans are already crushed by their income tax burdens. If the economy is to recover, Americans must have money to spend, and they will not have such money if it is annually depleted by excessive taxes.

However, in addition to these financial and economic reasons, Americans have a potent moral reason for opposing Democratic healthcare reform: It would force doctors and nurses everywhere in the United States to perform and participate in abortions. This same week, hundreds of thousands of Americans peacefully demonstrated for protection of the right to life of the innocent unborn. In Washington, D.C., 300,000 American citizens, half of whom were under the age of 25, participated in the 37th Annual March for Life, which became the longest march in American history. Americans have made clear their opposition to the radically anti-life agenda of the Obama administration, which this administration has attempted to bury in the healthcare bills. This agenda was previously enshrined in FOCA, which President Obama had promised Planned Parenthood to sign upon becoming president. But FOCA failed, and now the administration's Plan B--abortion coverage through healthcare reform--is collapsing.

In the words of President Obama himself during a visit to Ohio on January 22, his "agenda seems to be running into a buzz-saw." We had much to rejoice about in this week of political shakeup for the Obama administration. However, amid the celebration of the moment we must be careful to remain vigilant. As Republican Representative Thaddeus McCotter of Michigan's 11th district cautiously observed on The World Over Live with Raymond Arroyo on January 22, "I'm not going to brag about having 41 seats when the other side has 59." We still have our work cut out for us in the pro-life movement. Therefore, we must continue to work to build a culture of life and especially offer prayers and sacrifices for full restoration of the legal guarantee of the right to life.
Posted by Justin Soutar at 12:27 PM